According to astronomy after Jupiter, Saturn is the second largest planet in the solar system. Saturn is a giant ball of gas with no solid surface beneath its clouds. The colourful clouds of Saturn are composed of ammonia ice crystal. Saturn’s atmosphere above the clouds approximately 96% hydrogen and 4% helium, Saturn has a volume 764 times that of the earth but weight only 95 times as much. Saturn is the only planet in the solar system less denser than the water. Saturn has a large ring system and more known moons 18 than any other planet.

According to Hindu mythology, Shani is known as the son of the sun as Chayya (shadow) and also the brother of Lord Yama( the god of death). Shani is an ardent devotee of Lord Shiva. Shani is the deity who is considered as the god of justice who gets angry easily if a person indulges in sin or bad deeds. Shani gives results according to native good or bad deeds. Ancient mythology says shani kicked his foster mother as a young boy when she was delaying to feed him. Therefore it is said she cursed him to became lame in one leg. This is however symbolic shani moves very slow in the horoscope.

The seven and a half year period during which Saturn transits in the 12th, 1st and 2nd houses from the birth Rashi ( Moon Sign) is called the Sadesati of Saturn. Normally in the lifetime of a person, Sadesathi of Saturn occurs three times.

Transit of Saturn in 4th and 8th from moon sign is called kantaka Shani or dhayya of Shani. When Saturn in transit is in the 4th or 8th house from the moon sign, it is the period for illness, quarrels with brother foreign stay with less benefit, hardships and anxiety.

Many people are afraid of the word Sadesati. This is a period of seven and half years and generally Suppose to bring the only disaster for the person going through this seven and half years period but this is not right. This can be decided according to the Asthana and Sarvashtaka Varga of Saturn. Saturn gives mixed results when Saturn has 4 points in the Ashtakavarga and 28 points in the Sarvashtaka Varga. If the points exceed this number the results are auspicious and if they fall below this number they are inauspicious. If in the birth horoscope Saturn is strong ( exalted or placed in own Rashi as the ruling planet of Capricorn and is exalted in Libra) or it is a yogakarka or it is the lord of the Rashi (Capricorn and Aquarius) then the bad effects for the natives are comparatively lesser than others. Actually, Sadesati concerns a native’s sense of responsibility commitment duty including their physical and emotional endurance in times of hardships. Since ancient times, there has been a general belief among the masses that the Sadesati of Saturn is usually painful and problematic from the mental,physical and financial point of view. The moment people hear about Sadesati of Saturn, they get worried and fearful. During the Sadesati of Saturn, the native may experience laziness, mental stress, disputes, a problem due to ailments and enemies, losses due to theft and fire and death of elders in the family might occur. Efforts do not lead to fruitful results. No work is according to one’s desires work may be delayed and hurdles in work are the highlight of this period.

keep vartta on Saturday, worship lord Saturn with stotra, kavacha and mantra. It is beneficial to visit to the temple of Lord Hanuman in the evening.

Wrap a raw cotton thread 7 times round a peepal tree( fig tree ) on a Saturday evening and chanting the mantra of Saturn.
The abode of Shani in peepal tree so offers water to peepal tree every Saturday. 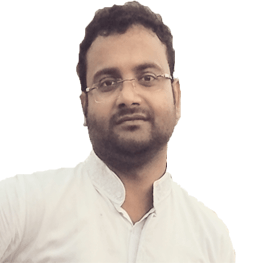 "If something is lost or stolen again and again!There is always an electric related problem!Suddenly catch fire in your home,and your reputation gets tarnished! If you are suffering from problems like frequent accidents etc., then understand that somewhere you are surrounded by shani-sade sati.Contact Harshraj Solanki, a famous astrologer and architect, for the solution of your troubles and misfortune."

“It is important to understand that there is no absolute good or bad, and even an afflicted Graha will contribute to the evolution of life to the same extent an auspiciously placed Graha will.” The difference is that in the case of affliction, the mind will easily experience suffering and everything goes wrong by suffering mind. Through this the individuals face many obstacle in their daily life. This is in itself may also an incentive to follow a more spiritual lifestyle, and start practicing ways that draw the wholeness value of the absolute into the relative sphere in life. On the other hand, a life that knows no challenges or grief, would hardly lead to quest for spiritual growth and understand of the higher values of life."

"A computer software never be replace the human individual analysing and interpreting your chart. So you can directly consult with an well known astrologer Harshraj Solanki by telephonic/Skype or you can fill up the contact form at jivansar.com and ask desirable question. You will get proper satisfactory solution to your queries and unravel the mysteries of your future!!! Panacea remedies are given to you and additional advices are given to you during consultation."

Send us a message